NASA’s Astrophysics Division (APD) undertakes spaceflight missions to explore the nature of the universe at its largest scales, its earliest moments, and its most extreme conditions; missions that study how galaxies and stars formed and evolved to shape the universe we see today; and missions that seek out and characterize planets and planetary systems orbiting other stars. Since such ambitious missions require technologies that exceed today's state of the art, APD established the Strategic Astrophsics Technology (SAT) program to mature key technologies' Technology Readiness Level (TRL) to enable these future missions, from demonstrated feasibility, (i.e., TRL 3), to the point where they can be incorporated into NASA flight missions (i.e., TRL 6).

APD set up three science Programs, Physics of the Cosmos (PCOS), Cosmic Origins (COR), and the Exoplanets Exploration Program (ExEP), to address three fundamental questions: “How does the universe work?” (PCOS), “How did we get here?” (COR), and “Are we alone?” (ExEP). The PCOS, COR, and ExEP Program Offices each supports its respective Program, including managing SAT and other mid-TRL-directed projects.

The three Program Offices serve the critical function of developing concepts and technologies for strategic missions and facilitating science investigations derived from them, specifically:

Identifying, soliciting, and funding strategic technologies requires collaboration and cooperation of many bodies and organizations, including the science/technology community, the National Academies' Decadal Survey panels, APD, and the Program Offices, as shown in the process flowchart below. This process is comprised of three interlinked cyclic processes:

SAT and other solicitations NOI and proposal due dates are set in October and December, respectively, to enhance APD responsiveness and enable prompt proposal evaluations and selection decisions. 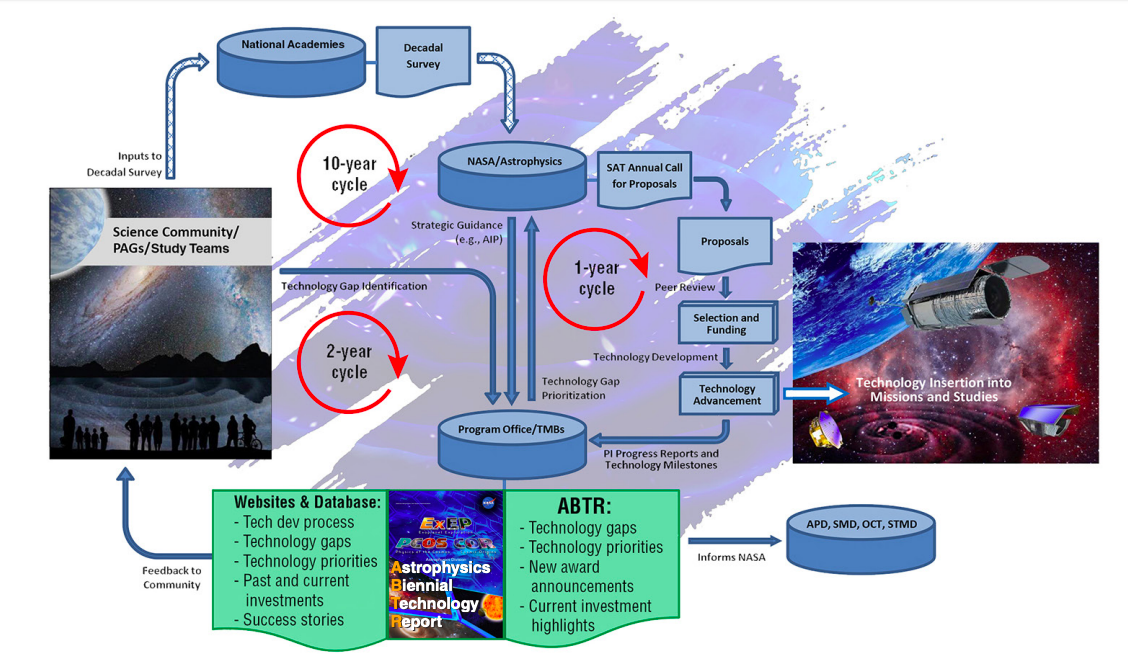 Above: The Astrophysics Strategic Technology Development Process Matures and Enables Infusion of Key Technologies into Astrophysics Missions and Beyond 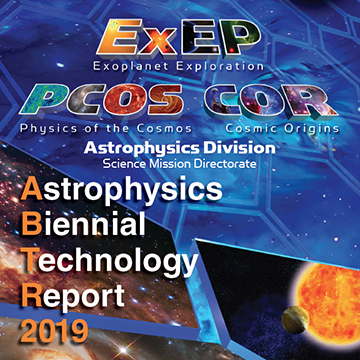 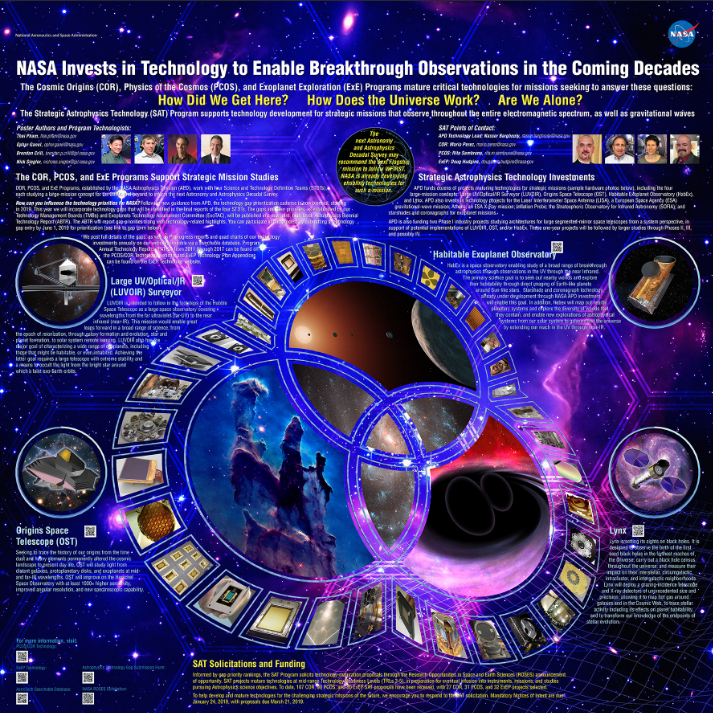 View posters presented by the Program Offices at national conferences.